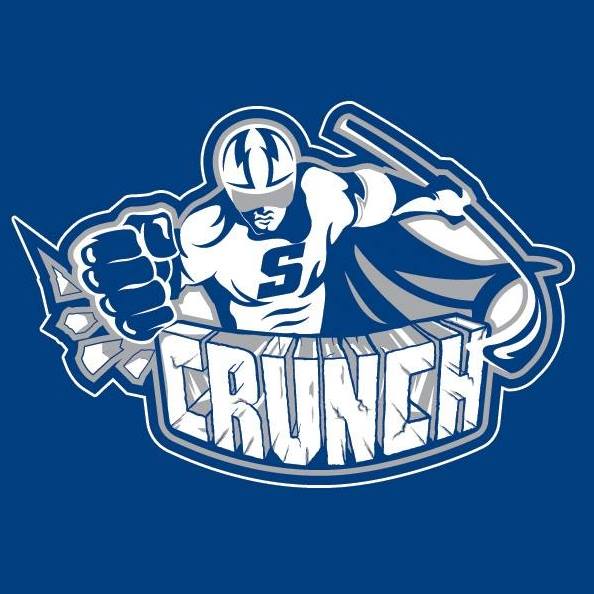 Lets talk Syracuse Crunch hockey and opening weekend. The Crunch dropped their first two games of the season to the Rochester Americans 3-1 and 3-2. Not exactly the opening weekend we wanted from our defending North Division and Eastern Conference Champions. However, despite the loses, there is certainly signs of greatness within this very young team. Now, I did not watch the first game in Rochester so I cannot speak to it, however, I was at the Home Opener so we will look at it from there.
First things first, for the first time in a few years this team has a set of brass balls and is not afraid to scrap. They are heavy on the body and will mix it up with the opponent to protect each other which is a breath of fresh air. Connor Ingram is a goalie who is not afraid to play. Watching him skate out of the crease and dive to poke check the puck away from a skater on a break away reminded me of Patrick Roy and Dominik Hasek.
Having Cory Conacher on the team doing Cory Conacher things from the right face off circle in the offensive zone is wonderful and lastly this team can skate and has heart.
Now this team is young and full of rookies. They are new to each other and the chemistry just is not there yet. This season, especially now in the beginning, is going to have many growing pains. They need to tighten up the power play. They need to communicate. More often than not players were not where they were suppose to be and that caused a play to dissolve before it started. They spent a lot of time scrambling for pucks and running into teammates on the break out. However, this team has an awesome PK unit that is not afraid to get into the play and almost force 1 or 2 short handed goals as a result.
There is a lot of promise for this team and anyone who is critizing the choices made in the offseason clearly knows nothing about hockey. The future is very bright for the Tampa Bay Lightning organization as well as hockey in Syracuse