Syracuse Crunch win Game 2 of the first round of the #CalderCup Playoffs in dramatic fashion with a 4-3 win over St. John’s IceCaps in double overtime. Tye McGinn (2) was the overtime hero with the game-winning goal coming at 10:37 of the second overtime period [ASST: Matthew Peca (3), Matt Taormina (2)]. This was the first double overtime win in franchise history. The Crunch also got some scoring help from Slater Koekkoek, who scored his first career post-season goal at the 10:10 mark of the first period [ASST: Matthew Peca (2) and Erik Condra (1)]; as well as Matt Taormina (1) [ASST: Erik Condra (2), Cory Conacher (1)] and Cory Conacher (1) [ASST: Matt Taormina (1), Ben Thomas (1)]. Taormina and Conacher both scored late in the third period to force the overtime. Netminder Mike McKenna stopped 38 of 41 shots faced. The Syracuse Crunch went 0 for 3 on the powerplay but were also 5 for 5 on the penalty kill. So far in this series, the Crunch are 1 for 8 on the powerplay, something that needs to be addressed prior to Game 3. The Power Play has been a struggle all season for the Crunch, as they were ranked 22 out of 30 with a 16.4% success rate. However, they were 7th in the league on the Penalty Kill with 83.7%. So they are no being killed on special teams
With the Best of 5 Series tied 1-1, the focus shifts back to Syracuse NY where the Crunch will have home ice advantage for what is essentially now a best of 3 series. The War Memorial Arena has been friendly for the Crunch this season as they put up an impressive 23-9-2-4 record on home ice. St. John’s has played well on the road with a 19-15-3-1 record. However, in the Tampa Bay Lightning Era, home ice has been a mixed bag of emotion during the playoffs. 2015 saw the Syracuse Crunch get swept and eliminated at home by the Wilkes-Barre/Scranton Penguins. their most memorable run was the 2013 Calder Cup Playoffs. This saw the Crunch win two rounds including the Eastern Conference Championship on home ice, however, it also saw them lose the Calder Cup Finals on home ice to the Grand Rapid Griffins. Game 3 will be a pivotal game, as history has shown, the Syracuse Crunch are 0-2 when facing elimination on home ice, in the Tampa Bay Lightning Era
Game 3 of the North Division Semifinals is on Wednesday, April 26 at 7 pm at the War Memorial Arena in Syracuse NY. Tickets are still available and can be purchased in person at the War Memorial Box Office, by calling the Crunch office at 315-473-4444 or logging on to Ticketmaster 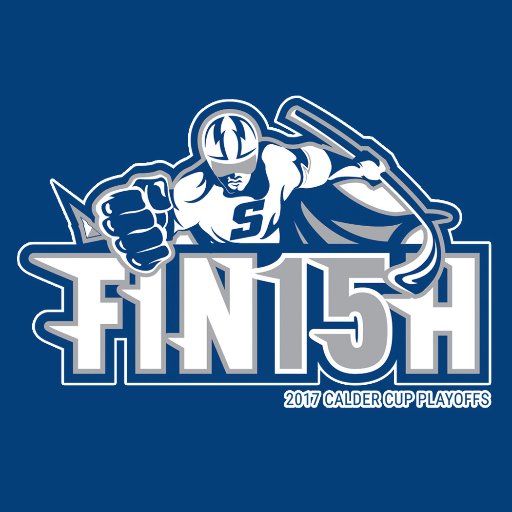