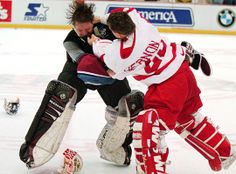 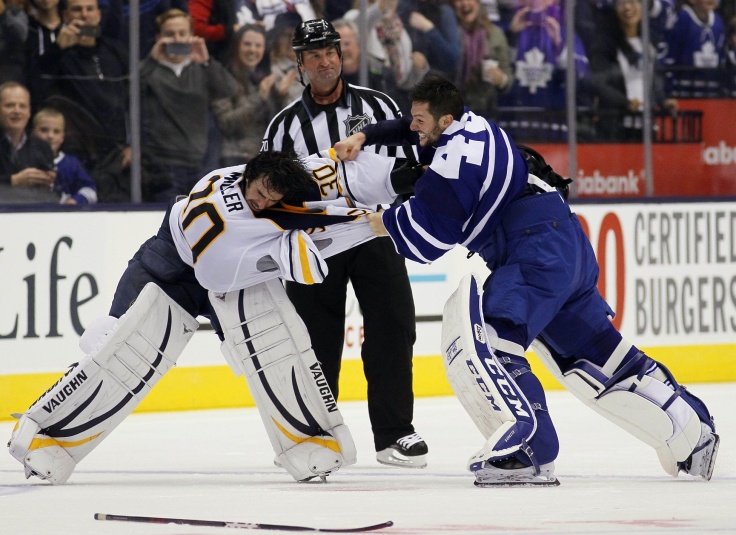 Hockey and fighting seemingly go hand in hand. And honestly how could it not, it is a physical sport and tempers are bound to rise. There have been some very valid arguments about removing fighting from the sport all together, and some valid arguments to keep it in. Fighting in hockey has evolved significantly. Gone are the days of line brawls leaving a yard sale of hockey equipment all over the ice. Now players get extra penalty minuets for removing their helmets, get tossed from games if they fight more than once. The game has changed and fighting is becoming less and less in the sport. However that does not change the fact that the crowds of fans, and players on the bench, are instantly brought to their feet when two (or more) players drop the gloves and exchange pleasantries with their fists. Fighting in hockey is still a spectacle and something that brings even the most casual of fans to the arena.

All though fighting between two players will always get a crowd going, there is something more rare – Goalie fights!!!!! Tensions on the ice between two teams have to be so high that the goalies will get involved and fight.

Ok, but they are just to more players fighting, so whats the big deal?

Goalies have a ton of padding that makes their movements damn near impossible, so to see two goalies square off is always fun. Don’t believe me? here check it out