In the words of the greatest secretary of all time, Janine Melnitz, WE GOT ONE!!!!!! The trailer for the new Ghostbusters film has finally arrived and here it is….

Alright, time to go down the rabbit hole. For those who have not known me that long, I am a HUGE Ghostbusters fan. I am talking, knows every line to the movie so can watch it in mute, fan. For any Ghostbuster fan, the idea of a third installment was basically a unicorn. We talked about, we dreamed about it, we thought we knew what it would look like when we got it. But there were always road blocks. However we never gave up hope that we would get another film. With the 30th anniversary not too long ago talks of a new film really ramped up and it was finally announced. Paul Feig is going to give us a new Ghostbusters film. AWESOME. Well…..not so fast. We are not getting what we thought we would get. Instead we are getting a new film, one with new characters, new names and an all female team.

An all female team huh? This made the internet go nuts. However, I stayed quiet about it. I needed to see set photos teaser trailers, full trailers etc before I made an opinion. I have remind quiet about this for quite sometime. I can stay quite no longer. Today we got a trailer, in that trailer are unfamiliar characters doing very familiar things along with some very familiar background music. Oh and then there was this guy!!!! 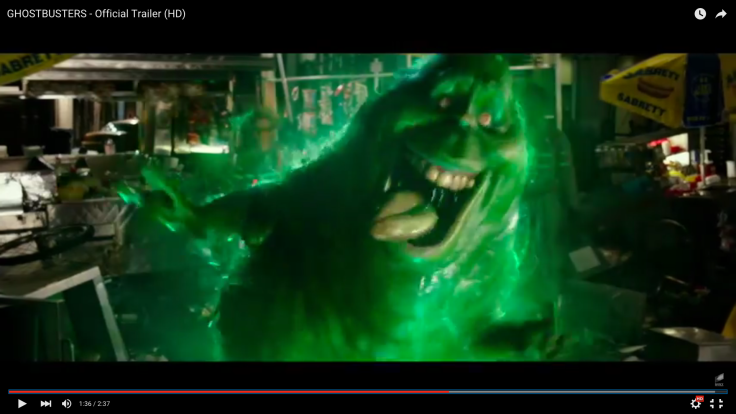 Ok so what did I think? I enjoyed the trailer. I think this cast will do a wonderful job. Is this a reboot? NO. In no way do I feel this is a reboot. The trailer mentions the originals, I feel this is cannon and a continuation of the Ghostbusters franchise. As long as they keep the slapstick comedy to a minimum this movie will succeed. There were parallels to the original in this trailer for me. We open up with three scientists chasing ghosts, they realize there is a ghost problem so they decide to form a team and do something about it. A fourth, non scientist, team member joins the team. Sound familiar? The most interesting thing about this entire film for me has nothing to do with the trailer and it has EVERYTHING to do with the movies IMDB page, It lists every actor and their character names, except for the character names of the original actors from the original Ghostbusters. Now it has long been said that they are making cameos as different characters and not their original roles. However to not list them makes me think otherwise. We were also told their would be a completely new theme music different from the original but the music in this trailer tells me otherwise.

Ok final thoughts….as a true Ghostbuster fan of not just the movies but the cartoons and comics, I am very excited for July, 2016. This trailer definately raised that excitement level, not tremendously but enough for me to ear mark one of my Fandango gift cards from Christmas to be saved.

In the words of Dr. Peter Venkman: I love this plan! I’m excited it could work! LET’S DO IT!