So I have been using Apple Pay for a little bit. To be honest i find it to be slightly more convent than taking out my credit card. Thats not to say I ever found the idea of pulling out my credit card to be inconvenient. It is 100% a situational and conditioning thing. I am a frequent patron of Starbucks and use the app to pay every time. So I feel because of that I have already been conditioned to take out my phone and open an app when it is time to pay for items. Lets face it when we are standing in line waiting, most, if no all of us, are on our phones texting, tweeting or whatever, so there is a convince to just closing one app opening another and paying with a tap of your phone.

Apple Pay is accepted anywhere that has an NFC reader in their credit card readers. Just look for the logo below, which is usually posted with the cards they accept or directly on the reader. 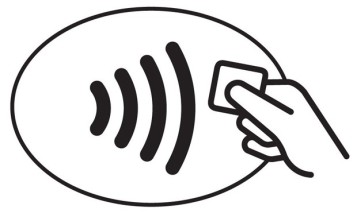 Apple on their website does supply a list of which big box retailers are accepting Apple Pay.

There are, however, some major retailers (Walmart, CVS, Rite-Aid, and Best Buy) who have disabled the NFC readers in their machines in an attempt to block Apple Pay. These, along with other retailers are looking to block Apple Pay because they are going to be rolling out their own app that does virtually the same thing. So, by stopping Apple Pay th 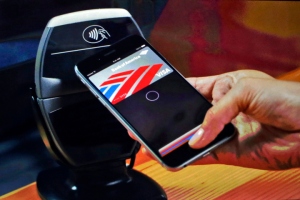 ey will be forcing you into their app should you want to pay by phone.